Air pollution is a growing problem due to the global economy and industrial development in many countries. As a result, the analysis of ambient air is a growing field. The Environmental Protection Agency developed Method TO-15 in order to analyze air pollution. However, the presence of water in the air samples can sometimes complicate the analysis of the volatile polar compounds. This poster will examine optimum experimental conditions for the detection of volatile organic compounds in an air sample. Furthermore, a comparison will be drawn between how the analytes react when the samples are dry versus when there is water present.

The United States Environmental Protection Agency (USEPA) introduced Method TO-15 in order to determine the amount of Volatile Organic Compounds (VOCs) in air samples. The air samples are collected in prepared stainless steel canisters and analyzed by Gas Chromatography/Mass Spectrometry (GC/MS). This method is complicated by environmental factors such as high humidity in the air or the presence of CO2 when the sample is collected.

The 8900 pre-concentrator uses a three stage trap system. The first stage uses a trap filled with glass beads. The trap is cooled to -150°C which traps the water and CO2 within the beads. From here, the flow and temperature are controlled in order to release the VOCs from the glass beads while holding the water and CO2 in within the trap. The second trap is composed of Tenax. This trap will retain the VOCs and release residual water and/or CO2 that remains in the sample stream through the vent. Finally, the VOCs are sent through the cryofocuser which concentrates the VOCs for injection to the GC.

This application note will focus on EPA Method TO-15 and establish experimental parameters for the determination of VOCs in an air matrix. 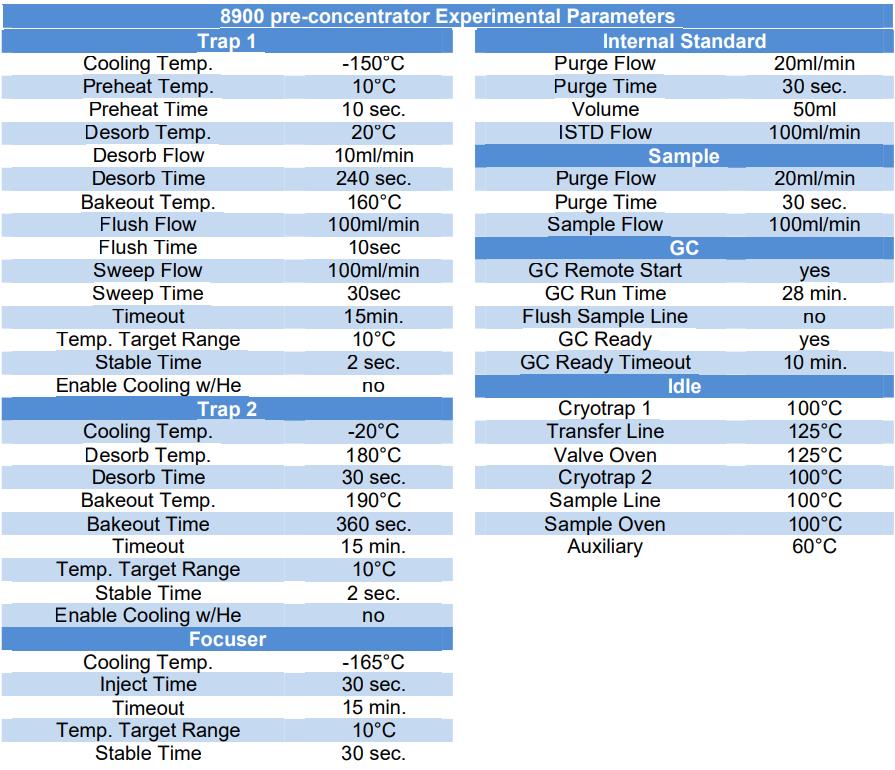 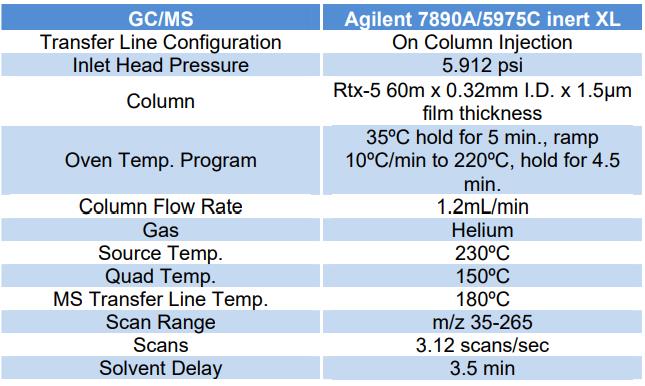 Standards and certified summa cans were acquired from Restek. The summa cans were cleaned using the 2100B Canister Cleaning System while the 2201A Dynamic Diluter was used to prepare the Internal Standard (IS) and TO-15 standard. The IS was diluted to 20ppb and a 50ml aliquot of this standard was used in order to hold the IS and surrogate levels to a constant 5ppb. The TO-15 standard was also diluted to 20ppb and a series of standard volumes of this dilution were used for the calibration curve. Refer to Table 3. The study was done with both dry and humidified air standards in order to determine the effect of humidity on the results. 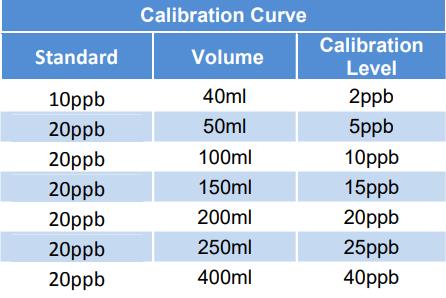 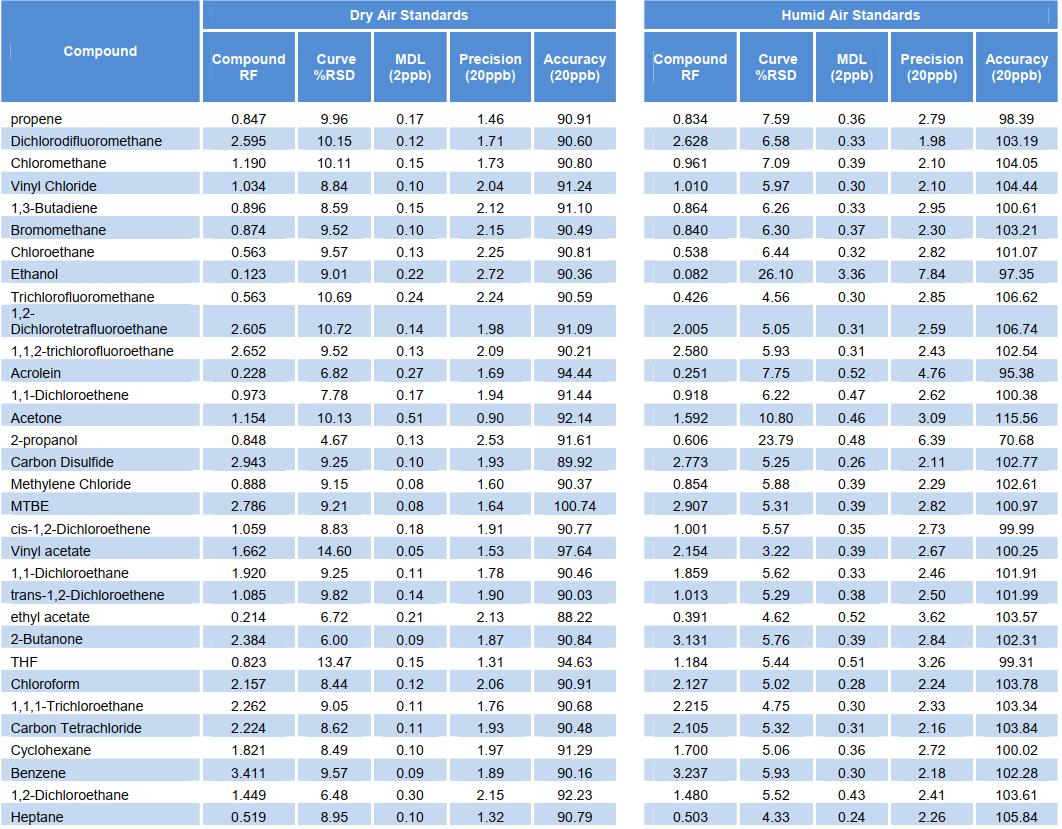 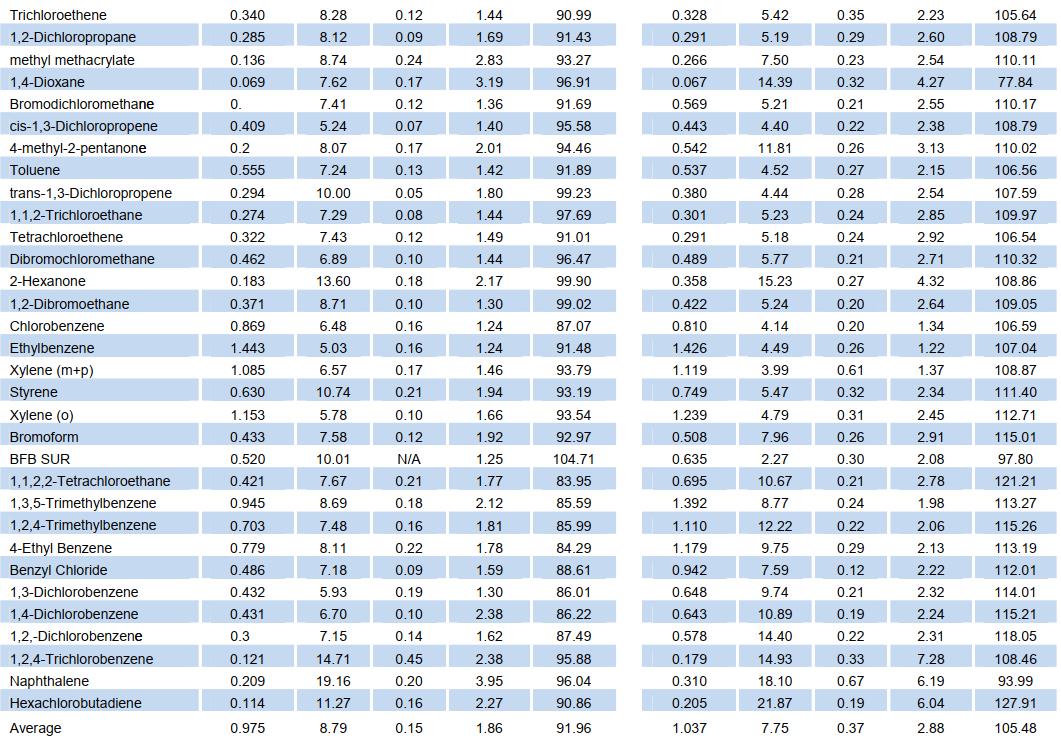 TO-15 method requirements were met or exceeded using the 8900 pre-concentrator. The average precision of the system was less than 2%RSD for the dry standards and less than 3%RSD for the humidified standards while the average %accuracy was about 92% for the dry standard and 105% for the humid standard. The 8900 pre-concentrator has the advantage of using multiple ports on the back of the system for sample addition or the option of the 16 port auto-sampler for a larger sample load. Other options include a can cleaner and an auto-diluter; both of these options were also used for this study. Overall, the system performance for this analysis was excellent.

Nutech Instruments for TO-15 VOCs Analysis 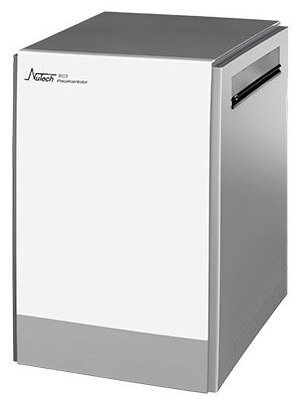 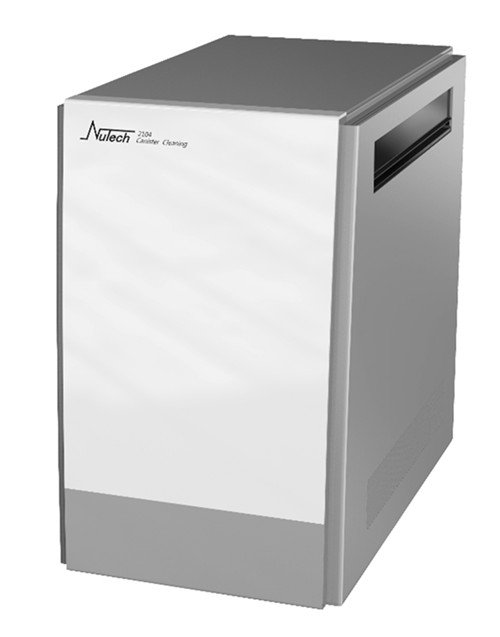 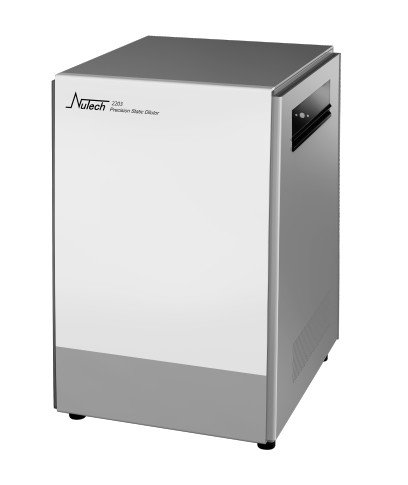